Home Archives Profile Subscribe
No, I'm NOT Used to this Weather
When Cruisers Own a Home

an uncertain period of awaiting a decision or resolution; an intermediate state or condition.

"the fate of the Contras is now in limbo"

synonyms:
in abeyance, unattended to, unfinished;

unresolved, undetermined, up in the air, uncertain;

informal on the back burner, on hold, treading water, in the balance

"our mortgage approval is in limbo"

Yep. You haven’t heard from me because we have been in Limbo and Limbo is boring

Also, it makes me whinge and I’ve whinged enough here.

(This is my current favorite word. It rhymes with hinge and is Great Britain speak for "whine".  It is my belief that babies whine and adults whinge. Neither is attractive.

So I’m getting out of Limbo, even though we aren’t yet getting out of St. Augustine. The weather has not been conducive to painting – for the past five months. No joke.

It rained almost every day in May and was cold through most of April. It was frigid (by Florida standards) December thru March. (This is posted with apologies to all who endured this past New England winter. Been there. Done that. My blood’s thinned.)

Enough whinging. As I truthfully assure EW, “I still love you, the boat, and our lifestyle. Though the order may vary.”

I’ve discovered that being in Limbo gives an excuse to eat more and exhibit fuzzy thinking. Here is a sample of what can happen when one is in Limbo 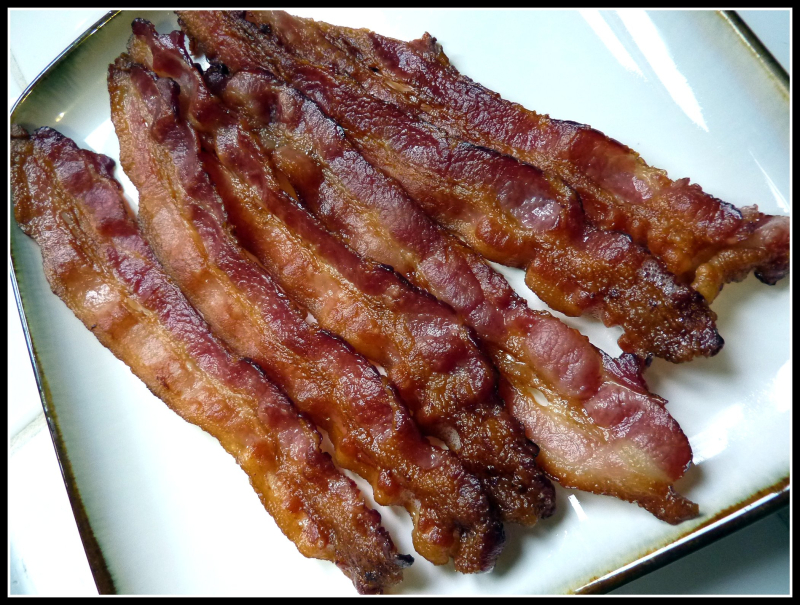 Tipo Fathers' Day (That’s pronounced Tee-po. It’s a phrase we picked up in the Azores.)

For some reason (OK, I know how it happened, but it’s truly boring and immaterial and makes me sound like an idiot) so, for some reason, I believed that June 10th was Father’s Day.

Earlier in the week told EW it was Father’s Day and promised him bacon. We haven’t been buying bacon because our temporary fridge system doesn’t keep meat all that well and, well, bacon. He was very excited. (He is quite easy to please. I love that.)

I also promised to make eggplant parmesan for his pre-Fathers' Day Saturday meal and he was very excited about that, as well. He picked up a few groceries on his West Marine run on Saturday morning, including a pound of his favorite thick-sliced smoked bacon. I had an invitation to actually go SAILING on Saturday and accepted it with great glee. (It was a wonderful day.)

Afterward, my hosts invited me to enjoy a bit of wine on the dock and I said, “No thank-you. I have to get to Rype and Ready before they close and get some Eggplant. I’m making EW one of his favorite meals for a pre-Father’s Day treat.”

Now, of course, they wondered whether EW gets special meals for the entire week before Father’s Day, but didn’t say anything until I mentioned the much-anticipated bacon for “tomorrow”.

I was gently informed that we were a week early. One person suggested that I not tell EW and just let him enjoy his day early, but I knew Favorite wouldn’t call a week early so had to confess. The Saturday meal and the bacon with over easy eggs were a tremendous success.

With a pound of cooked bacon (because not a great fridge) EW was delighted to indulge in those smoky, salty, strips of fat Sunday through Thursday. Bacon in a hearty spinach salad with chopped boiled egg was delightful however, EW did not enjoy the BST, or Bacon, Spinach, and Tomato sandwich, quite as much.

Favorite better call on Sunday because I have no desire to fry up another pound of bacon for EW’s real Father’s Day.

It's been a limbo kind of year for us as well, pretty much due to the weather. It's not all bad--just not what we had envisioned we we started cruising. We spent the hottest summer and the coldest winter on record in Brunswick, Georgia a few mikes north of the Florida border. Now we are back on the Gulf Coast in familiar territory because there are very few marinas open to cruisers that live on their boat more than 5 days at a time on this side of the state. The marina we are currently staying at has a 10 liveaboard limit--we were lucky enough to find one slip for 6 months (hurricane season). When the liveaboards that went elsewhere for summer return in the fall, we will have to move elsewhere. Pricing has also increased dramatically since last year ($12.50 to $14.00 a foot where we currently are docked.) Perhaps we'll move on next year--until then the year of limbo continues for us as well. End of whing.

Golly gee, Limbo must be affecting lots of us! As you know, we have been in the Limbo Limbo Land of Annapolis since October, and the plan was to stop for just a few weeks for a few boat projects...HA! Everything happens for a reason. ❤️⛵️⚓️😎❤️

Fun, lively post Barb! I've learned new words. And you are making me hungry. So glad you got out to sail recently, I know you love, love that. More than bacon, even.