Home Archives Profile Subscribe
Button, Button, Where is the Button?
Back in the U. S. of A. with Technology, Hair Salons, and Snakes

That Standing on a Stage Dream.

I’ve been having vivid dreams lately. A few nights ago I dreamt that I had to sing a particular song on stage. I knew it was a dream for two reasons: first, those in charge gave me a new outfit that magically made me 20 pounds lighter and twenty years younger; and secondly, I was sure I’d nail the song and wasn’t at all worried about singing alone on stage.

A dream like that will stick with you in strange ways—I need to find a store that sells that outfit, but I have no desire to sing on stage—and I’m stuck with an earworm. In case, like EW, you are unfamiliar with that term, it’s a song that keeps playing in your head, over and over and over again. A well-known and very annoying earworm is “It’s a Small World After All”. Got it? Sorry about that.

That is not my song, and I can absolutely understand why I’m singing my new song. First of all, we are moored in the Matanzas River. (This can mean “Bloody” River, “Slaughter” River, or “Massacre” River, depending upon to whom you speak.) But history has nothing to do with my dream or song. We can blame it on the neighborhood.

To wit: Nola and Jerry from Alaska, 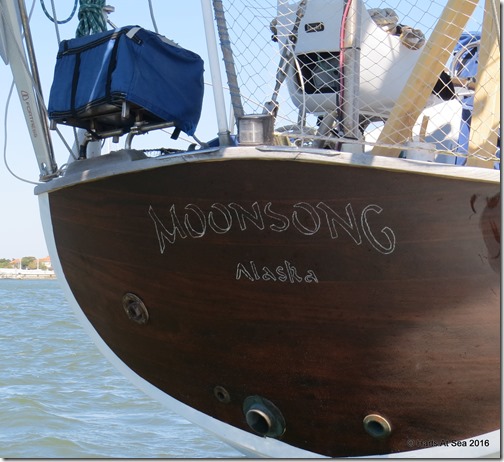 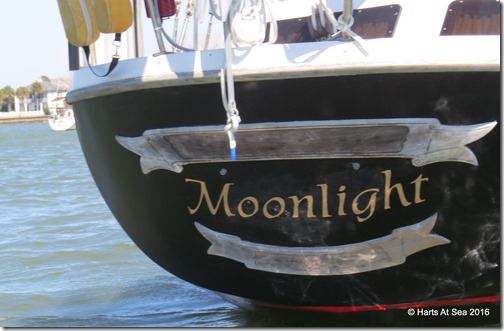 and these three boats, 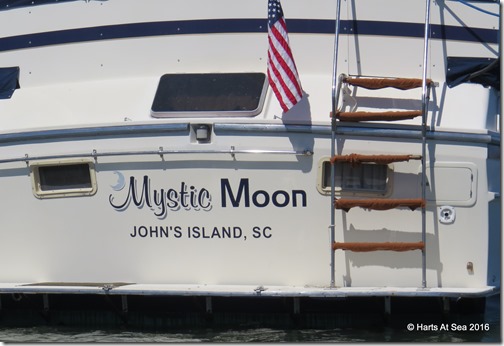 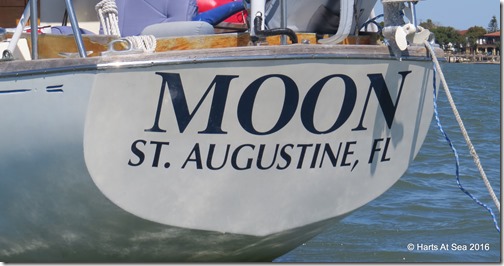 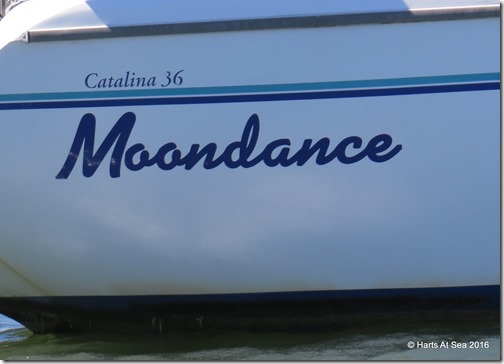 and finally, let’s not forget our own floating castle (from a photo taken on the hard in Maine.* 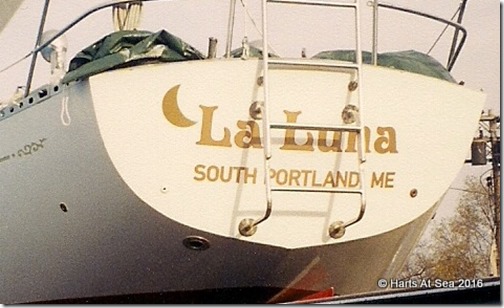 So, what was I singing? Not :”It’s a Marvelous Night for a Moondance”, though EW has been known to hum a verse or two as we pass her by. Nope. I stood on that stage and proudly crooned, “Moon River”.

I’m as young as I’ll ever be, and I’ll never be a singer, but I keep thinking about losing 20 pounds and EW and I often dream of our next sailing adventures.

*For those of your wondering about why I didn’t take a photo of La Luna moored in the river—I did. But EW didn’t want me to use it because he hadn’t cleaned the transom. Men. 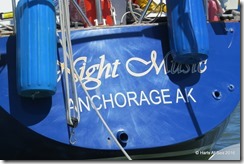 A final note about the theme. The other names from the cosmos in the neighborhood include Juno (wife of Jupiter), Night Music, and Star Gazer. It’s that kind of crowd.

In the meantime, “Two drifters, off to see the world. There’s such a lot of world to see. We’re after the same, rainbow’s end; my huckleberry friend, Moon River (and EW) and meeeee.”

What a lovely song to be stuck with, it definately makes me think of you and EW. So be glad you were not singing Bohemian Rhapsody, and living on a boat named Scaramouche.

I have lost 12 pounds by using Fat Belly and Whole 30. Whole 30 allows some potato
Check it out. No sugar, no grain like bread oatmeal, etc. I drink a little beer. Can have lots of eggs and eat fat.