Back in the U. S. of A. with Technology, Hair Salons, and Snakes

It has not been a quiet week in St. Augustine. In fact, this place is as social as our first year in Grenada—and we are trying to earn money, pay bills, and fix the boat. I’ve had to decline invitations to kayak in order to write. Plus, despite reaching our third month anniversary of moving here, we are not acclimated to being back in the U.S. Of A:  this new state, new technology, daily news, old technology we hadn’t mastered, seeking a job, snakes, weather, any technology, snakes, getting haircuts in salons, and more.

Land dwellers we meet here worry about how we get groceries and do laundry. After five years of cruising among many island communities, we are old hands at dinghying, busing, and walking. We have a cart and aren’t afraid to use it. I drive the dinghy as well as EW, and will go anywhere he would go with it. We can dinghy to one dock near a Win Dixie and one near a Publix. Getting to the stores isn’t the problem, buying too much, stocking junk food, and finding the best deals and best produce: these are my first world problems for weekly provisioning. (We had to ask someone what a “BOGO” was—”Buy One and Get One (Free)”. It’s up to us to find out whether that is really a deal or not.) 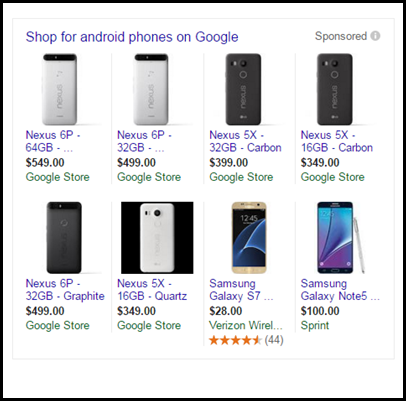 Technology, as you may have surmised from the second paragraph, has been a challenge. We are so ignorant and there are so many choices that we really messed it up. (Mostly I messed it up. EW just went along for the ride.) Seriously, it seemed that every week we were spending at least half of one day, researching, traveling to the stores, and purchasing a phone or a data plan. After a bit of backing and filling and one restocking fee, EW and I purchased cheap ZTE AT&T Android phones that do everything your $500.00 phones do, though with less clarity. We can live with that. Heck, we were in Panama for 6 months; clarity has not been a option for us for a long time. We have bundled everything (two phones and the I-pad) into an AT&T account with 15 gigs of data each month. We have unlimited talk and text in the U.S. of A., Mexico, and Canada, and very limited data.

Did I mention snakes? I’m sure I did. When Cathy and I went to Naples to visit Kathy (a dear Maine friend), Kathy with a K (obviously) made sure to always park where we could get out of the car without stepping in the grass. Because.. snakes. I remembered that but didn’t internalize it. Fast forward to going on a walk with Kirsten, a member of our cruising posse here in St. Augustine. Kirsten is from Anchorage, but spent time with their boat at Green Cove Springs last year and got introduced to snakes and their ways. Walking along AIA  where there was no sidewalk, she suggested we opt for the bike path walking towards traffic so we could avoid any snakes in the grass. There it was again. “Snakes in the grass.”

In the Caribbean, I got my hair cut on shore at various salons, and by (former) cruiser, Lee Ann, aboard “Two Much Fun”. My last haircut by Lee Ann was in May of 2015. From then until November, EW cut my hair and I cut his. Let me just say, we both made the right decision years ago when neither of us considered hair styling as a career. I had a professional cut by a so-so stylist in Key West who didn’t have much to work with in terms of starting with even lengths. And I had another cut here in St. Augustine in January by a very nice stylist who said it would take a couple of cuts to get it right. She is located a good 45 minute walk from the marina, and finding time to get there, get a cut, and get back was a problem, so I sought and found a reasonably priced stylist closer to the boat.

(Trust me, this all comes together like a Garrison Keeler story.)

Ashley is my new Darlene in Maine. (I’m sorry Darlene, you are still my favorite of all time.) Ashley has blue hair (this week) is an artist who paints with acrylics, and does great hair. Before I know how successful this would turn out, I was torn about changing from the more distantly located stylist (with whom I’d booked an appointment) to Ashley, so I phoned another member of our posse, Jody, from S/V Tarentella. Jody and Jim and their two dogs tootle up and down the coast from New Bern to Florida and the Bahamas. This year, they’ve hung around because St. Augustine is too much fun. Jody has a great laugh and burst out with it when I told her why I was calling (on my new, AT & T phone) while I walked around in the neighborhood of the then potential new stylist’s shop. Jodi convinced me to change stylists. (Most men and many women are snoring. Get over it. This was an issue for me.)

Early in the conversation, I had walked out of a parking lot to the sidewalk and into a neighboring parking lot, where I paced while talking with Jody. As we neared the conclusion of our conversation, I headed back to the new salon to make an appointment with Ashley. I was focused on laughing and talking with Jody and not the fact that I am now in Florida, when I innocently stepped off the parking lot onto a five-foot swath of lawn between lots, to see a snake slither from beneath my raised foot to the safety of a near-by bush. Poor Jody. She is hard of hearing in one ear and I wasn’t kind to her good ear when I shrieked “SNAKE!” “SNAKE!” before saying, “Oh. Sorry Jody.” Once she stopped laughing she assured me that her ear was fine. 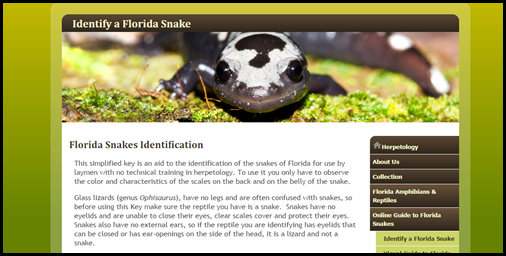 Of course everyone has asked what kind of snake it was. I have no idea. It was covered in scales and had no legs. That’s enough for me. But then I thought about it and decided that it was time to put on my big girl pants and learn about the reptilian fauna in my new home state. DID YOU KNOW THERE ARE OVER 100 DIFFERENT TYPE OF SNAKES IN FLORIDA? (There are only 10 in Maine and none of them are poisonous—assuming New Hampshire’s timber rattlers stay on their side of the border.) This is when snowing in Maine for Easter doesn’t sound so bad to me. Ten non-poisonous snakes vs. over hundred, some deadly, snakes seems like a no brainer.

And there you have it: technology, hair-cuts, and snakes. Three of my most difficult transitions, all tied together.

And for those of you who care, I love my haircut. Since the hair cut/snake incident happened on St. Patrick's Day, we were easily enticed to join Jim and Jody, and Rocky and Kirsten at Scarlet O’Hara’s. There, we discussed snakes and hair cuts among other things. I had fun showing how my hair fell back into place after shaking my head, and was asked to “perform” for Rocky when he joined us. After watching the shake and fall, he was asked whether he liked my new hair cut,

“Well it sure is active, he replied.”

And finally, yes, the amphibian in the above photo is not a snake. I don’t like snakes, and didn’t want to put one on my blog. Fortunately, the photos on this very nice Florida website change every few seconds. I just waited for a non-snake before taking the screen shot.

Very nice blog Barb. I love that you found someone to give you a great cut that you can shake, shake and swing. We were thinking of visiting my sister in Florida soon, no so sure I will be letting Ava play on their lawn, SNAKES? ahhhhhhhhhhh

I am with you - i hate the snakes too! So glad you did not actually step on that one.