It’s nice to know the right people. Friends on shore pointed out a lovely three-masted schooner and asked, “Do you know what boat that is?” 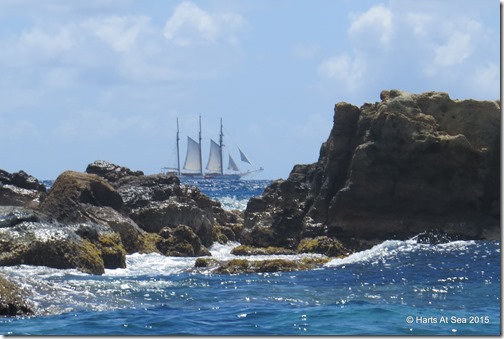 Hell, yes. Tom, Captain of the Schooner Mystic used to keep his own boat at the same marina that was La Luna’s home for eight years. Not being fools, we took advantage of that friendship and showed up one morning while Mystic was at anchor in St. Thomas. 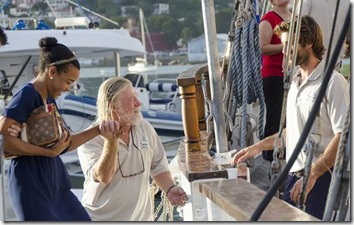 Captain Tom and crew helped us aboard, but neither we nor the captain and crew were as elegant as this photo from their site. (This photo and the one of the interior came from their website. The sailing photos are mine.) 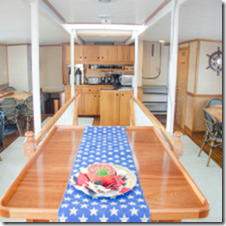 The Schooner Mystic is a new boat, built in 2007, and is beautifully appointed. The crew we met are all knowledgeable, and number at least two women skippers. The kitchen, not open to the public, is a restaurant style kitchen on a boat, and we were told the food is outstanding.

And yes, I know it's a galley. But this galley is a professional kitchen, so I'm calling it a kitchen. So there. 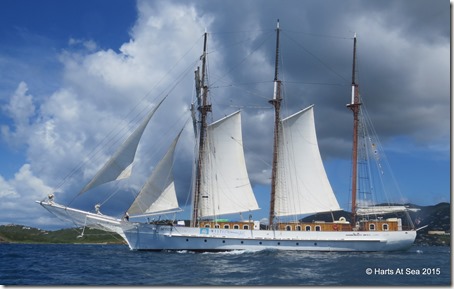 We were delighted with the opportunity to see how The Schooner Mystic was appointed, how much work it took to keep her in Bristol shape, and how much fun it would be to haul those sails. (As long as it wasn’t in our job description.) It was great to talk with Tom. After one or two more charters in the BVI’s they are headed back to New England where she will be available for charters during the summer.

Look for her on the water. She’s a beauty under sail. 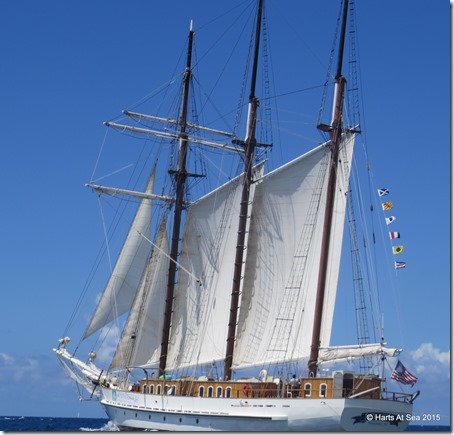