What Do the Azores and New Bedford Massachusetts Have in Common (Besides Whaling)? 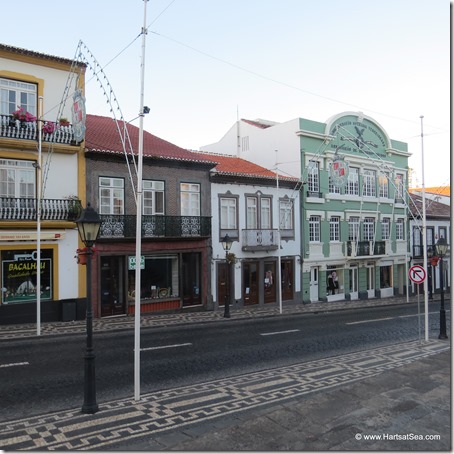 But first, let’s talk about tourism.

There are three kinds of tourists in the Azores 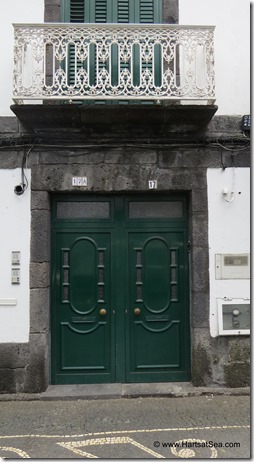 Since many Europeans speak two or more languages and since their first extra languages is usually English, most tourist areas, maps, and signs offer information in Portuguese and English, which is quite handy for we ignorant-one-language Americans.

In addition, each town of any size has an excellent information office with maps and booklets for every island in the Azores as well as additional information for the special activities and excursions available on their island. We visited the information center in Horta, Faial at least four times while we were on that island. We were in the Angra office every other day while in Terceira. I love their tourist information offices.

The hiking maps are presented in the two languages, and they charmingly provide a guide to the blazes on the trails. We quickly grew fond of the cryptic but succinct red and yellow marks along the Numero Um trail in Sao Jorge and have been delighted to decipher similar trail markers on the other islands. 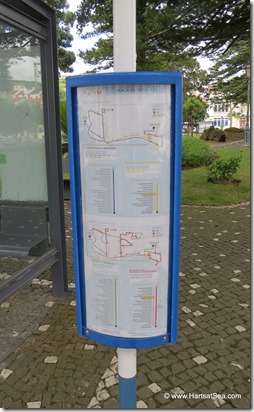 In Horta, we discovered that the bus has only a couple of short routes from the city center to the Hospital and other important points fairly close to town. However, the signs at each bus stop are ingenious. On one side, you’ll find the route and schedule; turn the sign on the post and you’ll find a charming description of a nearby feature, building, or historic site.

That’s how we found out what certain islands in the Azores have in common with New Bedford, former whaling capital of the US.  Though the buildings on these islands are the typical masonry buildings with bright trim, red tiled roofs, and little balconies, many in the coastal town centers have New England style dormers and bay windows. According to the bus stop sign post (if you can’t believe a bus stop sign post, what can you believe?) these elements were made of wood, often with overlapping boards salvaged from shipwrecks, and were painted in colors that contrasted with the whitewashed, and basalt stonework buildings. 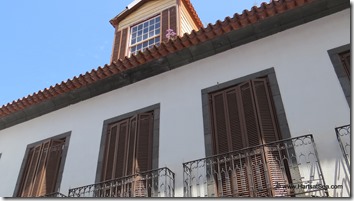 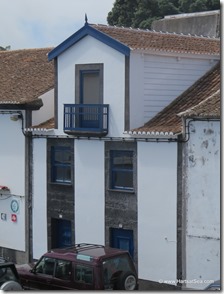 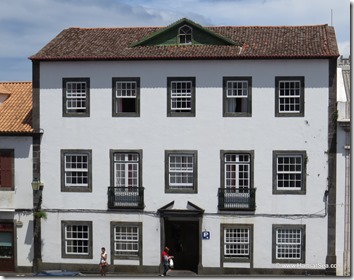 Once we read that bus-stop signpost, we looked for and found bits of New England in the Azores. Or to put this whole post in Maine Lingo: We’ve discovered that tourists in the Azores are not ‘sum-mah complaints’ and ‘They’ve got doh-mahs ov-ah hee-ah, dee-ah. Ay-uh.”

Never thought of comparing the Azores and New Bedford :-) My family on mother's side were whalers from New Bedford so I found it very interesting! Been enjoying reading about your adventures in the Azores - hope to get there one day.

I learned all about the Portuguese immigrants when I was in New Bedford! Makes sense!