Home Archives Profile Subscribe
We Finally Met REAL Tourists in the Azores
Holy Cow! Daddy, This One's For You.

On Our First Day in Sao Miguel

EW and I were tired when we arrived in Sao Miguel on Saturday afternoon. It had been a good 30 hour sail, but neither of us has slept well when we were off watch and I hadn’t slept the night before we left. Madalena in Pico is a very small anchorage with ugly volcanic rocks and breaking waves on the south end. We had strong winds from the north and the sound of waves crashing against the rocks was not soothing. So – when we arrived in Sao Miguel we were punchy tired. We also didn’t have a key card for the docks and wouldn’t be able to get one until we checked in on Monday. I envisioned Sunday as a day on the boat and decided to scoot to the store while folks were around on Saturday so I could sneak back to the boat with help from kind strangers. (That was actually easier than I expected.)

Just an hour after we tied up to the dock we stinky, punchy duo were visited by Rodrigo, a handsome young man from Brazil. It turns out Rodrigo was delighted to see an American-flagged vessel as he needed a bit of assistance. Fortunately, he found the right boat.  Hold that thought. 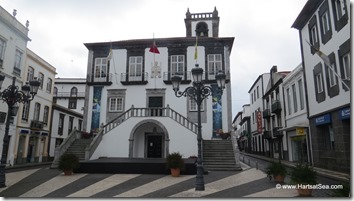 Last week I discovered a book on my Kindle – “When You Catch an Adjective, Kill it” by Ben Yagoda. I’d tell you how much I love it but I’d have to use a adjectives. To give you an idea, know that I read passages of this book to EW – and that he enjoyed it. (Seriously, I can think of maybe four people who would welcome someone reading from a book about grammar.) One of the points my new best friend, Ben, made is that our irregular verbs and our adjectives make it difficult for those learning English as a second language. Rodrigo speaks four languages; he earned his bachelor’s degree in France, and his masters in Germany, and is currently preparing to earn his PhD at an international university with English as the primary language.  His proposal and grant request must be written in English and he had been looking for a native speaker to read and edit four documents for him. 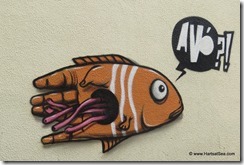 Cue La Luna’s arrival onto the docks. Of course I agreed to help, but suggested we wait until Sunday when my brain would be operating at full capacity. That worked. Three of the documents had only a few problems, the grant letter needed more work, and  just as Ben predicted, most of the problems were with adjectives. For example, while a child or a dog or a girlfriend may be “precious”, the study of education and inequality is not --though it certainly may be important. “Especial” is a word in English, but it is not one used often and “special” worked just fine. (“Especial” is very common in Portuguese.) I told him make the open quotes up, instead of at the bottom of the letters, but let him keep the comma for decimals. The documents were excellent, though in that higher education style that uses words like “incentivize”. I commented on that but advised him to keep the pedantic tone as it was (unfortunately) appropriate for the venue. 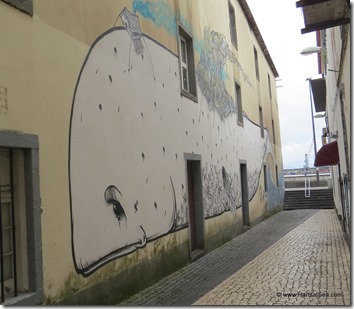 Rodrigo was effusive with his delight and has invited us for cocktails later this week. He had given me my true reward (not that I needed one) just after we met on Saturday, when he returned to La Luna with his key card for the gate, saying that he and the captain could share a card. How nice was that?

So EW and I wandered the town just a bit on Sunday, being surprised and delighted that the tourism office and some shops were open. We got maps for hikes and began to plan our week. A crew was setting up a sound system on the street overlooking the docks and we found out that there would be a music performance beginning at 9:30 that night. (Everything starts later in Europe.) Sure enough, dinner and the dishes were done and we were both on-line when I heard drums. “That sounds like a parade!”. We grabbed camera, shoes, and the key card and scooted to town. (A short scoot. We could see the back of the stage from the boat.) 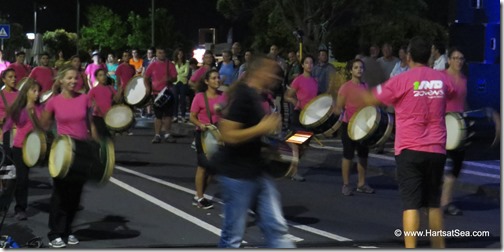 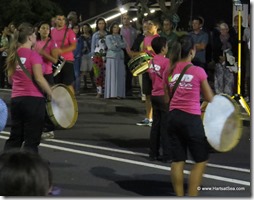 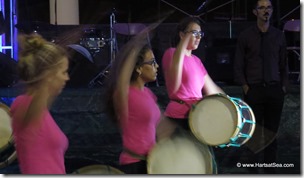 Performing in the street:  a 20 person (mostly young women) drum team! I love the Azores. They marched away, and a mandolin and guitar player  and singer were introduced;. They were followed by a jazz band complete with torch singer who nailed “Summertime”, and they 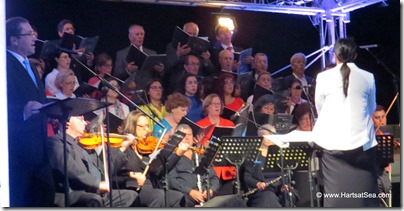 were followed by a choral group accompanied by strings and woodwinds. This was free, on the street on a Sunday night – and we were able to enjoy it because Rodrigo had given up his key card.

Is it any wonder that we love the Azores?

NOTE: I have a video of one song by the guitar and mandolin duo – just don’t think I should upload without permission. Trust me, it was wonderful. 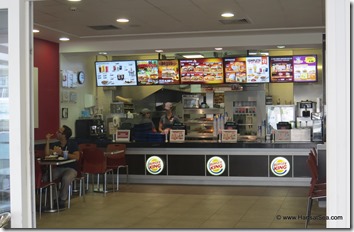 You know you are on an island that has a cruise ship terminal when you see a Burger King on the dock. (And that is one reason why I have little respect for most cruise ship passengers – they would actually want to visit a Burger King.) (Yes, I know that’s snarky but this is my blog and I allow some snark.)  (Yes, some of my best friends have been cruise ship passengers. I sincerely hope they didn’t look for a Burger King when they got off the ship.) (Finally – I am sure all you grammar geeks/nerds who may have loved the first part of this post are trembling at my use of successive parenthetical phrases. Think of it as art.) 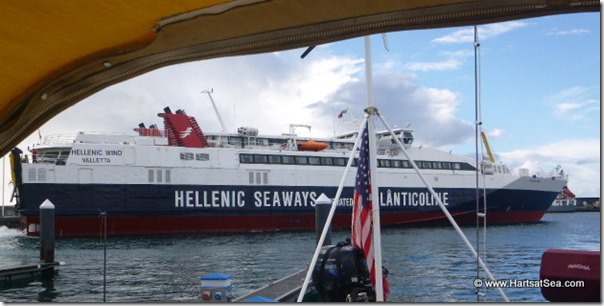 At least it was a small cruise ship. It certainly was close!