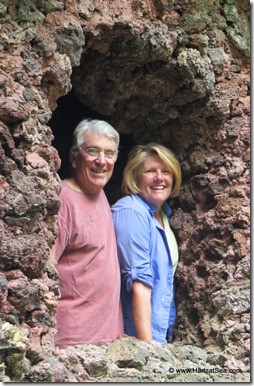 He couldn't attend, but many of his good friends and classmates had a great weekend in Niagara Falls and we were sorry to miss it. (I had a ball at his 30th!) In lieu of visiting we sent a brief description of our travels and a bunch of photos from the past three years.

Instead of dancing to 60’s music on Saturday, EW and I toured an amazing garden, the Jardim Antonio Borges. I can’t find much about the history of this garden; everything briefly states that there are numerous “rare vegetal species” but no article discusses the stone work, caves, or tunnels. We were enthralled. 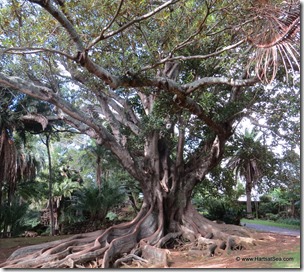 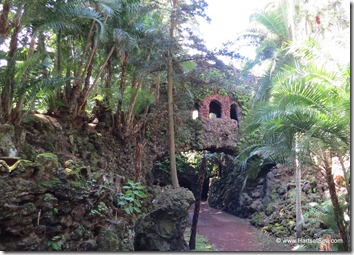 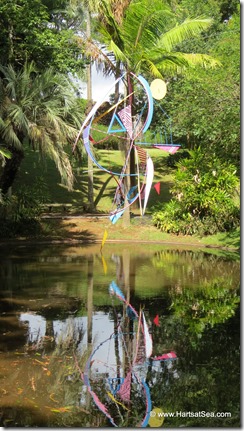 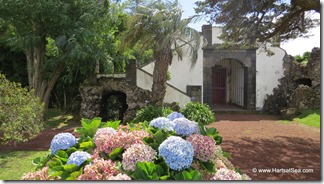 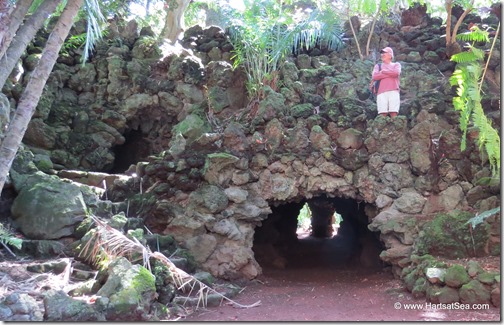 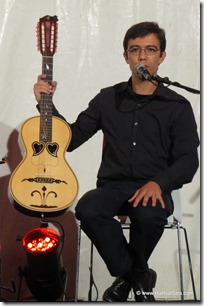 As we left the marina that afternoon, we talked with men who were setting up a stage and sound system and found out that local Portuguese folk music would be presented at 10. The primary performers were two brothers, one who played the typical Azorean 12-string guitar (at left and at right), and the other who accompanied him on a regular 6-string. 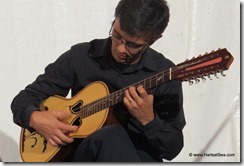 They were also joined by a bass player and a violinist. The brothers were charming, with one frequently providing a lengthy introduction or explanation – in Portuguese – after which the other would look at him and say, “English”. The lead guitarist would then smile shyly and say (for example) “We now play Foofa.” Trust me, he said way more than that in Portuguese. 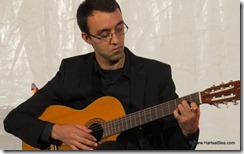 The music was outstanding, but nothing we could stroll to. (Those of you my age and under will have to talk to someone much older to find out about the Stroll. I learned it at EW’s 30th reunion.) (Also, I am obliged to point out that they all "strolled" in Jr. High, they are not old enough to have "strolled" for the first time in High School, unless they were reminiscining.)

Looks like we’ll be on the dock here for most of this week. 25-35 knots of wind most days – more if Eduard does something stupid. 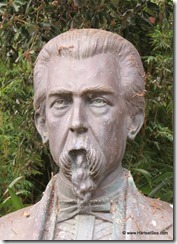 Here’s Antonio Borges. Any of you Grenada cruisers think he looks like someone? Perhaps someone who plays the guitar? From Maryland? He has the mustache but will need to grow a curly goatee.

Also, on the way back to the boat we saw this billboard advertising a Ballet company. Do those tree roots look familiar? (See the second photo in this post.) 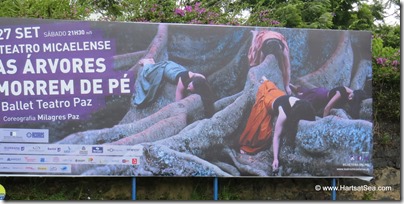 Love the photo of the two of you! You look great!!