The Sounds of the Azores 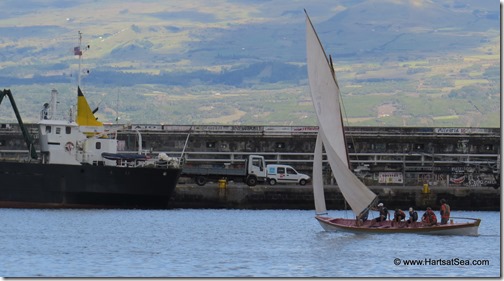 We remember each island by the sounds. In Faial, during the World Cup, a regatta for special Olympic sailors, and a general weekend, we could hear live music from two venues for a number of nights. Since it’s light until nearly ten here, things can rock until two AM. Young German sailors who were crewing on a boat returning from Bermuda, partied in the slip next to us until four. Sailors and vendors drove scooters, motor cycles, taxis, and delivery trucks onto the fixed concrete pier, and across the harbor from the marina is a quay and dock for cargo ships that added the sounds of powerful diesels, ship’s horns, and trucks and cranes.  Faial was not quiet, but after the solitude of three weeks at sea, the noise was (mostly) not unwelcome. 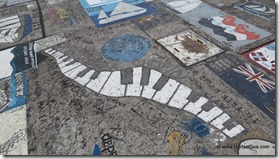 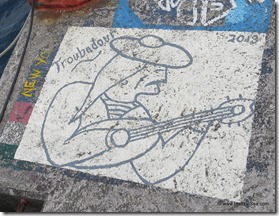 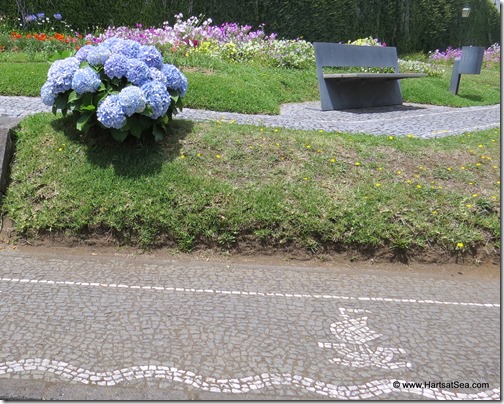 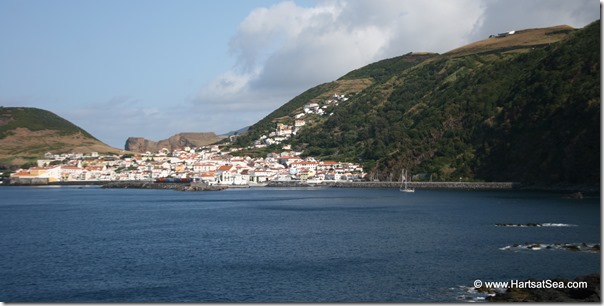 We anchored under the cliffs of Velas, delighted to once again be swinging on the hook, away from boats, bands, and motor cycles. I awoke very early in the morning after a disturbing dream to find that the sounds of my quasi-nightmare had followed me into wakefulness. The caverns in the cliffs were home to thousands of Shearwaters and their call is strangely human and more varied than the “Mine! Mine! Mine” Disney attributed to Seagulls.

I heard, “Oh my!”, and “No go!” and “Helll -loo” in their two part call. Each bird seemed to have a distinct call -- one would exclaim “Now! Now-ow!” over and over again, and another would reply with “Who me? Who me?” We grew used to them, but are not sure when they slept as we could hear them from sunrise to sunset if we were awake.

They did clear up a mystery. The shearwaters fly far out to sea and can dive 15 meters for fish. One morning as EW woke me for my watch he described being startled by a large bird which flew along next to the boat and screeched at him. I gave him a “yeah sure” look at the time, but believe as he does that he’d been visited by a typically verbose lone shearwater who had things to say. British sailors Barry and Maggie from S/V Elska told us that shearwaters mate for life, spending up to seven years at sea maturing and looking for a mate. Someone better tell that shearwater that EW is taken. 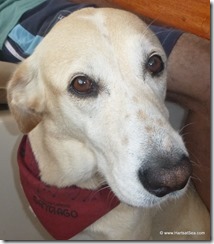 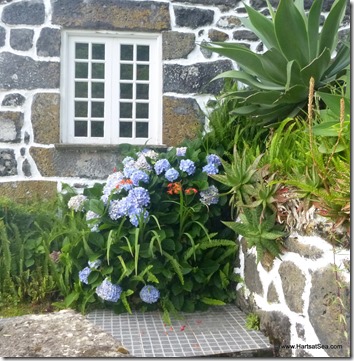 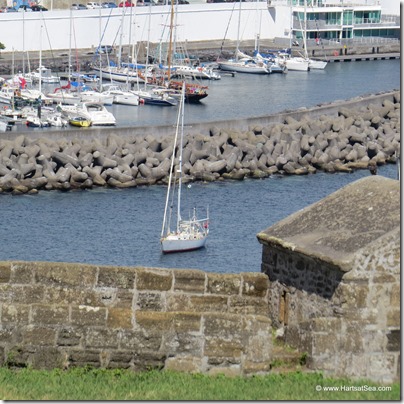 We are anchored off the beach in Angra on the island of Terceira. This island of 40,000 souls has many churches and those churches have bells. We can hear three of them twice an hour, twenty-four hours a day. First, the Misericordia Church, rings with an entry of 2 tones, and then strikes the hour. On the half hour, we hear the two-toned entre, and then one bell for the half hour. Immediately after first one, than another church sounds out the hour as well - so we hear a minimum of 32 bells at ten-o ’clock.

S/V La Luna is well-timed, as our ship’s clock peals four bells at ten -- right after the Misericordia Church completes its round. In Angra, the bells are ringing for me and my guy. 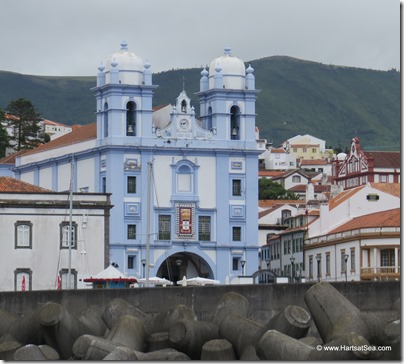 Photos, from the top: