Home Archives Profile Subscribe
Too Much
Beware of Portuguese Water

A Profusion of Hydrangeas– Or–Munitos Hortensias 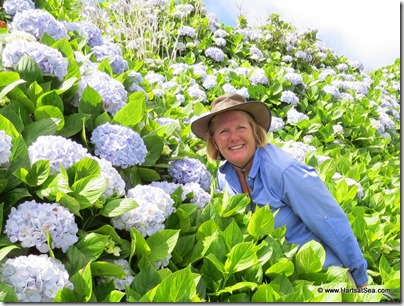 We rented a car for two days on Sao Jorge – another splurge for the cruising kitty.The local guide books offered by the tourist office states: “To visit the island, one can rent a car, use a taxi or travel on the local bus lines, which cover the major village-places of the island.” On an island with about 5000 residents, “major” village wasn’t defined. The only bus schedule showed one leaving from Velas, and going through Calheta to Topo – on Friday and returning on Monday.

We rented a car.

The first day we took a drive, visiting the park at  Ponta dos Rosais at the north east end of the island and driving along the north shore before crossing in the middle of the island to Calheta, where they were having a small festival. The second day, we planned to take one of the hikes suggested by the parks and tourism offices. Both days were a delight in many ways – not the least of which was the plethora of hydrangeas. 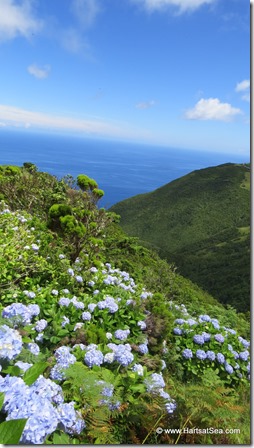 When people talk about the flowers of the islands, they really mean the hydrangeas. We’ve enjoyed wild morning glories, cultivated roses, the largest marigolds I’ve ever seen, and stately lilies. But I fell in love with the hydrangeas.  Some of the locals I’ve talked with thought the hydrangeas were native to the islands but according to Wikipedia, “ Notwithstanding the fact that Hydrangeas were introduced from America or Asia, some locals consider them to be a symbol of the archipelago and propagate them along roadsides, helping them to escape into the wild.” 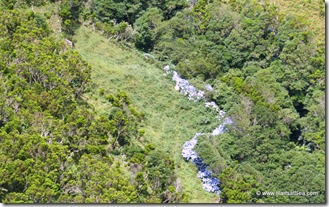 I guess they’ve escaped. They have certainly been cultivated to act as hedges along the roads and in the pastures. They are everywhere. Our friend, Leo, originally from Sao Jorge is fond of saying that while Faial claims the hydrangeas as a tourist attraction, Sao Jorge has more hydrangeas. We saw more of the Sao Jorge countryside than we did in Faial, but I have to agree with Leo. In Sao Jorge, you cannot escape the hydrangeas. 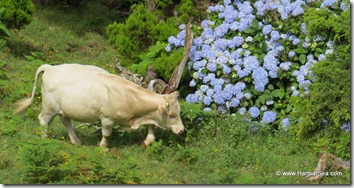 Who would want to?

Hydrangeas from a blue-bead necklace around the collarbones of a hilltop pasture.

Blue carpets of hydrangeas tumble down the hills to the sea, presenting a welcome matt to every sailor. 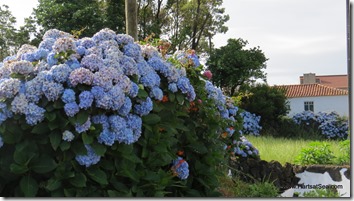 Hydrangeas provide a splash of color against stonewalled and whitewashed homes. 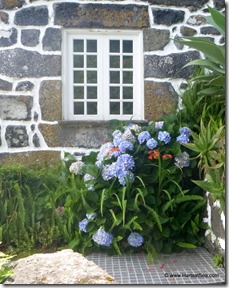 For me, hydrangeas will forever be the flower of the Azores. 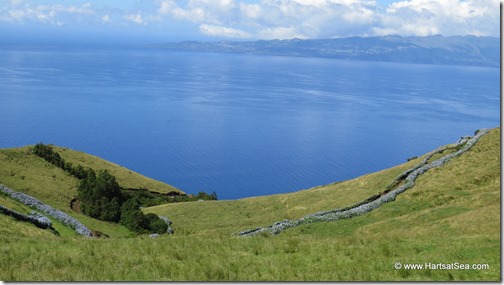 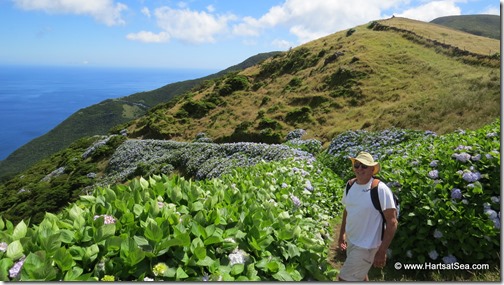