That headline is the closest I got to shouting Land Ho, as EW was asleep when I first saw Faial through the clouds at sunrise. The wind gods played with us during our last 24 hours at sea, skunking us for much of the time. EW resorted to using the motor for about 6 hours, then we drifted, then we sailed very slowly, and finally, EW put 5 gallons of diesel from the jerry cans into the tank and we motored for the last three hours. (We can tell how many inches of diesel are in the tanks, but not how many gallons that represents. We had fuel in the tanks, but put in extra so there were no fuel management issues while docking in a crowded marina.)

We checked in, took a slip, took a walk, and returned to La Luna for champagne, snacks, rum, cake, and sleep. We had arrive-ed (to quote Peter Sellers as the Pink Panther).

This morning we took another walk, had two cups of coffee with milk, and returned to get a bit of work done. Our IMRAY cruising guide was written in 2003 when the marina did not have free Wifi at the docks. I was delighted to discover that it is available on the boat – though I am having trouble getting it to work for any length of time. Hopefully, I’ll figure out how to resolve the issue and will be here, live and in color while we are in Horta. There is much to write about and I have two articles that I must get to Gary at All at Sea, so here are first impressions of Horta and the Azores, with just a few photos. 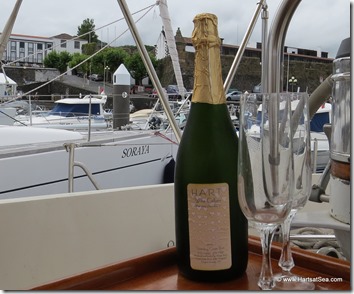 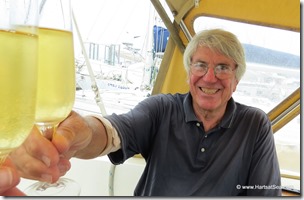 “Our” Whales. If you missed the post, the calf checked us out, up close and personal, until mom rose to the surface and essentially said, “You get away from that boat right now!”. He did an about face about 15 feet from La Luna and they swam away behind our stern. 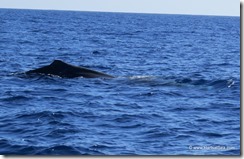 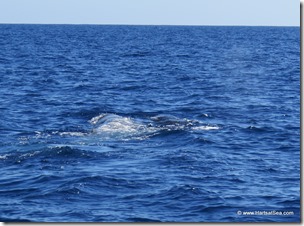 One is told to tie up to the reception quay and go into the office to check in. The only spot available was in front of the fuel dock and the harbor master seemed fine with that. I stayed with the boat and EW took care of the formalities. Now remember, I haven’t talked with anyone except EW for three weeks, and most of the locals don’t speak English. I stayed on the cement dock, adjusted the lines and moved a few fenders, when I saw a large inflatable head to the dock. It was a member of the marine police and he wanted gasolina. He spoke no English. I tried to convey that he could tie to our boat and I’d get the fuel to him, but he declined, and continued to circle. About 10 minutes later a tall gentleman arrived from the parking lot with a couple of jerry cans. Evidently he was with the marine police as well and they had planned on meeting on the dock. He spoke English and I told him it was OK for the inflatable to raft to La Luna. The dock attendant and the tall gentleman were both amused and a bit surprised that I was insistent and helpful, so I said, “We just arrived today from Sint Maarten. I’ve been three weeks at sea with only my husband  and am delighted to talk with anyone else for any reason!” He laughed – long and hard and then had to translate for the policeman in the inflatable, who also got a kick out of it. I toted the fuel hose over the deck and returned it when he was done, and accepted warm hand-shakes and many thanks for my help. 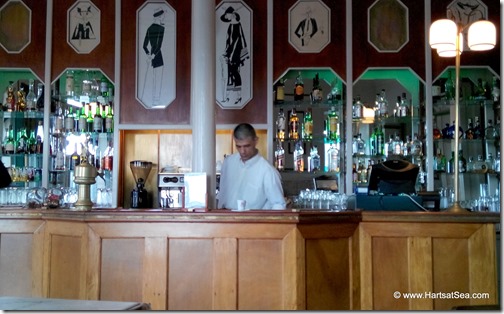 This morning we went in search of the marina facilities and found a coffee shop that has been in business since 1926.  They knew how to build a coffee shop in 1926. 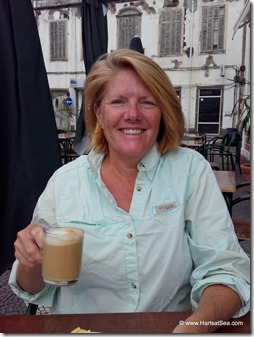 Hooray!! Although I had all the faith in the world that you would have a successful journey, I must admit I had tears in my eyes as I read that you had arrived safe and sound! And then I laughed out loud at the story of talking to the gentlemen on the dock---that's my Barbara!!!!
Congratulations Barb and Stew!!

Congrats!! I'm a newbie to sailing (just took my first sailing lesson yesterday) and your blog is one of the ones I read to learn about sailing. Very cool to follow your journey and see how real sailors git er done!

Congratulations on a safe arrival and on your marriage milestone! Such fun to read about your voyage. A little jealous, but mostly just thrilled that you had such a lovely trip. And that you found an elegant coffee shop.

Was wondering how things were going so checked in and am thrilled to see you've made it. How odd that I checked today of all days! So happy for you both! Stay safe and enjoy!

Congrats on your arrival. I am stuck in Maine (if all goes well, outta here end of September). Weather could not have been better, eh? I'm not to your point of adventure, but a slow trip down the ICW to Key West is the plan, perhaps to Bahamas. I may, someday, follow your path (you did leave crumbs, correct?) to Azores.
I always enjoy reading your entries.