Sometimes that’s a bad thing for a sailboat – leaving a mark such as bottom paint on a rock, or gel coat on a dock or (horror of horrors) another boat. In Horta, when a boat leaves her mark, it means the skipper or crew have added their painted sign to the thousands along the quay and docks.

And I do mean thousands.

Along the break wall. 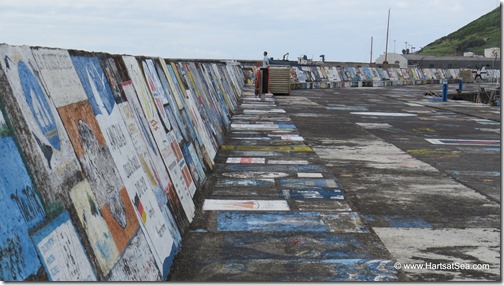 Along the road, inside the harbor. 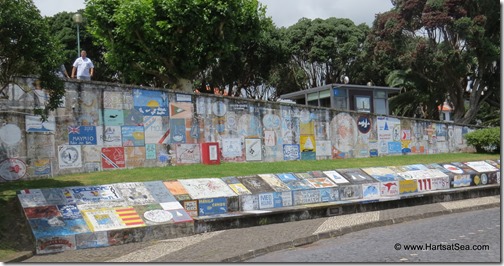 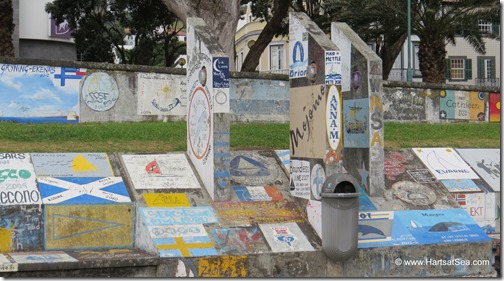 Some are ornate painted by folks with artistic ability.(And often a sense of humor.) 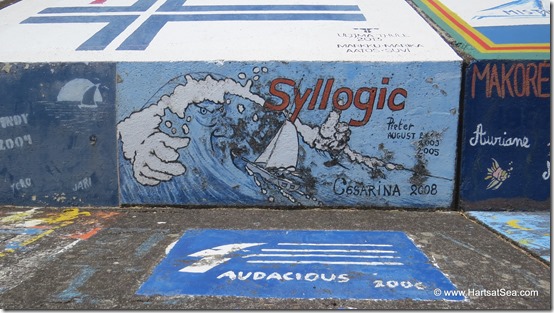 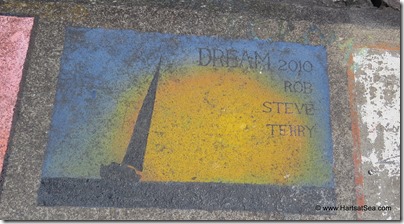 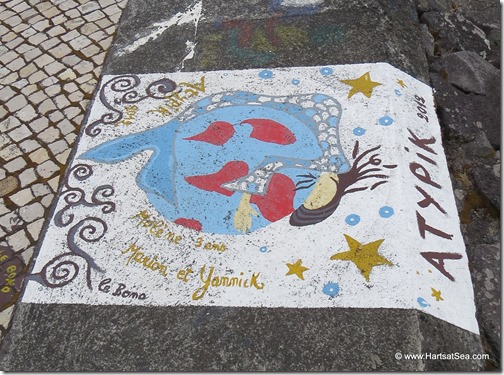 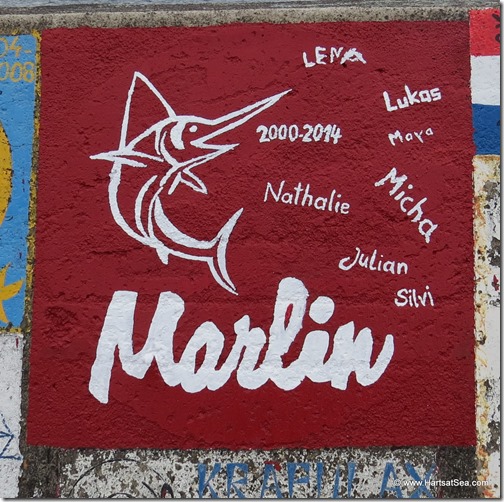 Here’s a German family’s documentation of a 14 year voyage. Each of them participated in the painting as we watched. 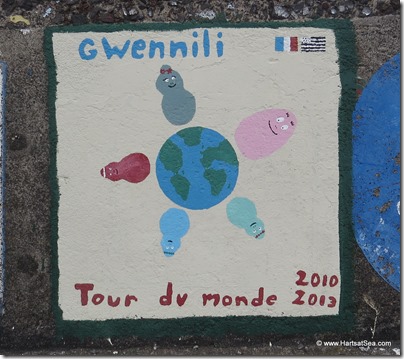 Another family depicted their members and crew in a charming fashion. 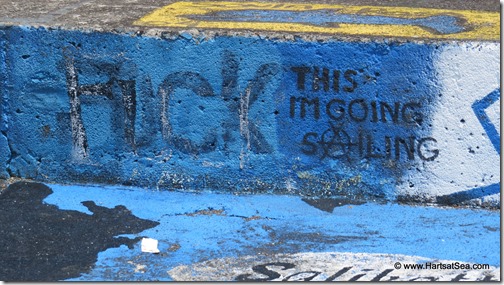 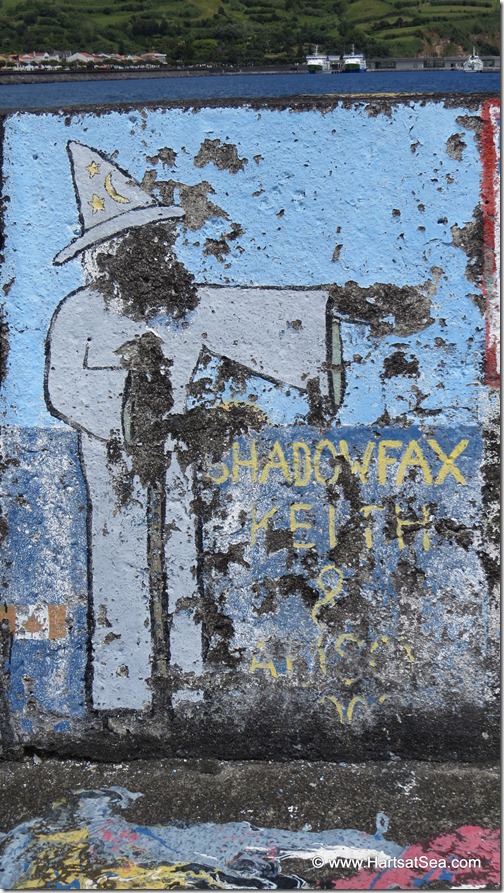 Kathleen from Baltimore is on a boat that stopped off on their way to the Med. She is a designer and architect and has offered to help out a few boaters leave their mark. Here, she is doing the job for Barbara of S/V Turtle. Both Barbara and Turtle can be seen in the background. 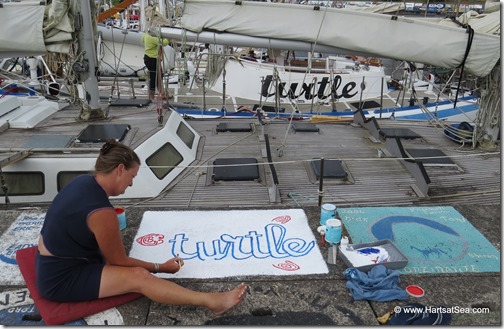 I met Mal who left his mark because his two crew, Preston and David, bought the paint and shamed him into it. They did not help with the artwork, which is a little better that both EW’s and my artistic skills. 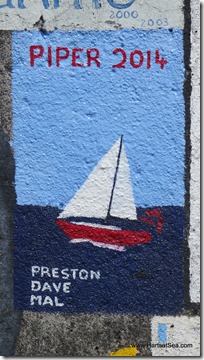 Mal offered us his left-over paints. And I accepted, but asked EW to do the work. We both agreed on small and simple and we each independently found the perfect spot – and it was the same spot. (We are that  in sync. Sometimes.)

I prepped it, and applied the blue base while  EW planned the space. 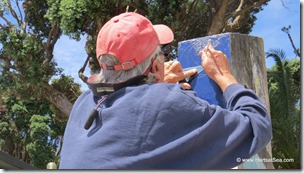 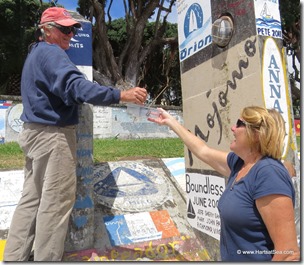 You can’ t tell from the photo, but EW is standing on a slanted wall, that was quite slippery. I handed him the paints. 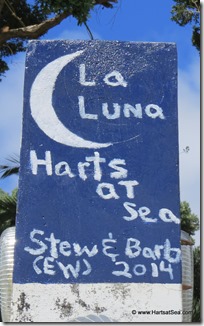 Finished. Yes, I made him add in the “EW”. After all, that’s how folks will know it’s us.

The photo of the two of us was taken by Mike, a solo catamaran sailor from Great Britain. We gave him the left-over paints when we were done. It all works.

A wonderful tradition--glad you could leave your mark. What a great way to commemorate your journey!!

Have Stu do his "IGOR" impersonation from Pump Station One. Ya might have a hard time finding a hard hat for the "Hump" though. Have enjoyed your travels, "DeadHorse Dave".

Thanks for the comment and laugh, Dave. Warning, I gave EW your email address -- Yes, he did have to explain Igor to me. (Not the movie -- his impersonation.) Cheers!