Cruisers' Midnight and Other Tales of Summer

I. Somewhere south of Antigua during our first year in the Caribbean we were introduced to the term “Cruisers’ Midnight”.  Where there are sailors, it’s always five o’clock somewhere, but when that five o’clock starts at two, three, or four, midnight comes early.

The cruising life ain’t all rum drinks in the cockpit. We swim, fix the boat, snorkel, fix the boat, hike, fix the boat, provision, fix the boat,  have rum drinks on the beach,  fix the boat, play dominoes, fix the boat, well you get the idea.  Often (not always, but often) Caribbean cruisers are ready to call it quits at nine or ten. This isn’t just due to our busy lifestyle (see above), or adanced age. You must also factor in early sunsets. Most of the Caribbean sailors are from the northern hemisphere where the sun sets later in the summer. On July 10, 2014 the sun set at 6:59 in St. Thomas and at 6:36 in Grenada. On the same night in Boston, the sun set at 8:22, and in the Azores it didn’t set until 9:17 – seventeen minutes after cruisers’ midnight.

EW and I are having a little problem with this. We still wake up at 6, we have full days of sightseeing and boat projects (see above), and we are ready to wind down at 9:00 PM when it is still fully light out. There we were on Friday night, reading in bed, ready for slumber, and cars didn’t need to use their lights. We are on the dock in Horta, because that is essentially required, so not only was it still light at 9:17, there was live music only yards away. The bar is open until 2:00 on Fridays, which is eons after cruisers’ midnight. (It would be OK, if the music were good, but it’s a private party and the very able solo musician is also very accommodating with the guests, letting them sing along – on the microphone – badly.)

But I digress. By sailing across the Atlantic, we didn’t have to work through jet lag, we just have to get used to longer days and lighter nights. In St. Thomas at nine we’d be tooting home in the dinghy, in full dark, with EW wearing his lit Tom Terrific Hat. Here, I wear my eye mask when we go to bed to block the light. On Friday, ear plugs were used. 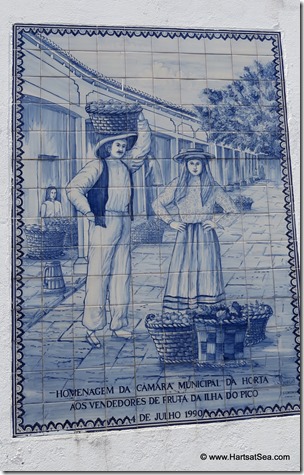 The islands of the Azores have fertile volcanic soil and a long history of farming, produce, fruit, dairy, beef, grapes for wine. This is not tough to take. We have already sampled and enjoyed two wines and three cheeses. The other day, I discovered the local market and this morning they had .. wait for it  .. wait for it… corn on the cob. The real stuff, not Maine’s sugar and gold, but not the fodder they grow in the Caribbean either. So EW got a surprise for Saturday lunch, fresh corn on the cob, tomatoes, cucumbers, cheese and bread. Oh my. I can definitely get used to these islands. 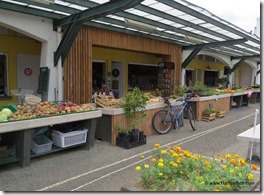 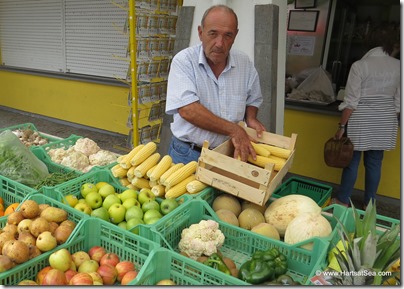 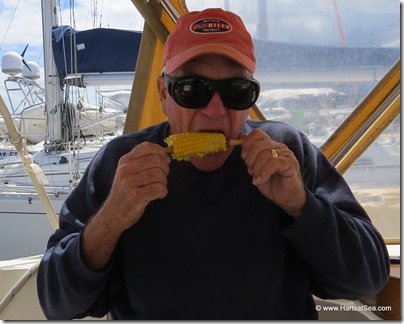 III. Finally, time for me to eat a little crow. Long time readers may remember my superior attitude way back in Fort Lauderdale in 2010. We were walking around in shirtsleeves, enjoying the Christmas Boat Parade, and the locals were bundled up – some in fur trimmed hooded jackets. Now we are “north” for the summer, there is a stiff on-shore breeze, yet locals are walking around in shorts and t-shirts. We dug out long pants and fleece. Really. Fleece. I no longer have a fur trimmed parka, but I did have my hoodie up in the cockpit the other night. I wore a fleece vest for my walk to the farmer’s market this morning, and note that EW is wearing a sweatshirt at high noon in the cockpit.  While we are dressed like this, four teen boys are in swim trunks jumping from the dock into the water. (Gasp!)

I am a snowbird or worse. I am no longer a Mainah in thought or deed. In addition to my Florida drivers’ license, I have acquired thin skin and thinner blood. My father would be ashamed of me. It almost makes me feel guilty for dissing those folks in Fort Lauderdale – but I still think the parkas with fur collars is a little much.