These Hands Smell Like Gas, but They Don’t Smell Gas. That Would be Silly.

We don’t use much diesel, but we are using about 13 gallons of gas each week for “Lunah Landah” and “Jenny”, the Honda generator. EW has been working 7 days a week, so I’ve been much more up close and personal with our gas cans.

For years, EW had complained about the new CARB Compliant gas cans that don’t have vents and have resulted in more spills on La Luna than the old gas cans ever did. Here’s a blog post I found that exactly corresponds with EW’s gas can opinions. I never had the arm strength or coordination – mostly the coordination – to manhandle the old gas cans to fill the lawn mower or dinghy tank without spilling, so no gas cans were my friends and that was not my job. 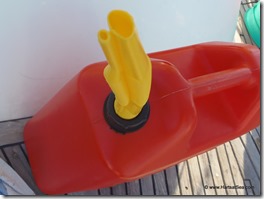 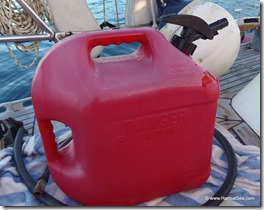 We currently have two cans; one we call Satan’s Spawn, which is impossible for either of us to pour when full, and an earlier version of this one at Lowe’s. Though it doesnt' have great reviews, I like it because no gas comes out until I want it to come out, and because it has a handle on the side, which becomes the handle on the top when one is pouring into the generator or dinghy tank. That's a handy handle. 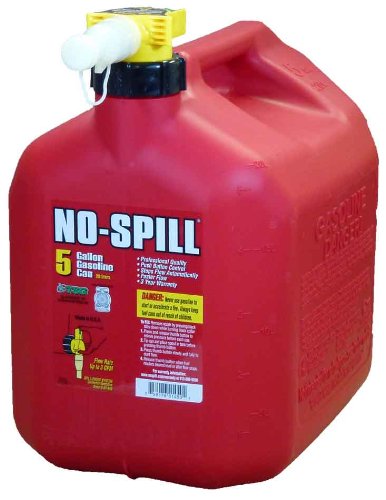 Two new gas cans are on the immediate shopping list, and custom covers for those tanks will be on the immediate sewing project list. I hope we can find the kind at left on St. Thomas and don’t have to have them shipped from Amazon.

This morning, I told EW I’d fill the generator and the dinghy tank, and I knew I had to first move gas from Satan’s Spawn into the other can. That had been EW’s job, and until a few months ago it was fraught with spillage and bad words. One day I had an epiphany – a mechanical type epiphany, which is extremely unusual for me.

Our booth at one of the boat shows was next to a salesman/inventor who was pushing a bailer he had created from one-inch tubing and a little metal perpetual motion pump thingy. He put the pump end of the hose into the unwanted water in a tub on his table, shook the end of it until it took a prime and watched the water run into the empty jug on the tent floor.

It was a great demonstration and EW and I succumbed to the pitch. We bought two. 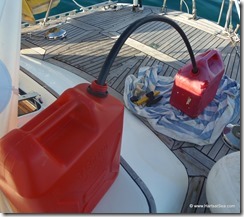 Please note from the description that the unwanted water at the boat show was positioned above the receptacle, which is a requirement for this pump. We have rarely used these on board because most of the unwanted water on the boat is in the bilge and nothing is below the bilge. But, we still had them on board, and it occurred to me that I could use one to move gas from Satan’s Spawn into the other can. Worked great!  NOTE: It did not work to move gas from Satan’s Spawn directly into the generator as the gas moved a bit faster than I anticipated and the bailer takes a moment to “shut off”. Lesson learned. Cleaned up. Probably used bad words.

EW loved the idea, but knows what gas can do to simple plastic, so he bought the appropriate hose and made a gas moving bailer. For. The. Win. 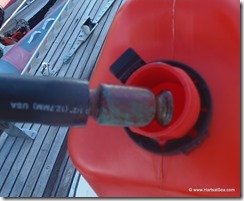 Now it’s another job I can do, too. Dammit, I hate when that happens.

SIDE NOTE FOR MAINAH’S. This morning, when I went back down into the cabin after successful gas moving, I said to EW, “See these hands? These hands smell gas.” He didn’t get it.

Back in my youth, Stacy’s Fuel Mart in Bangor sponsored a late night TV show, Stacy’s Fuel Mart Jamboree, featuring some real musicians, like Dick Curless and Kendall Morse  --- and many wannabes. The grammatically incorrect line “See these hands? These hands smell gas,” was featured in one of the many ads Dick Stacy ran on the show. His tagline: “My hands stink so yours don’t have to.” Thanks to Mary Jones Richardson, one of my roommates at UMO, for remembering that tagline.

I couldn’t find that ad – but here’s one for Stacy’s Plaza Motel.

EW, today my hands stink so yours don’t have to.

POST SCRIPT: I started a discussion on Facebook about Stacy's Fuel Mart, and followed up with this post. Then Mary's DH, Gary Allen Richardson posted this tribute to the Jamboree. Yeah, that's what I'm talking about.