Home Archives Profile Subscribe
Playing Indulgent Tourist with Lynnelle and Kurt
These Hands Smell Like Gas, but They Don’t Smell Gas. That Would be Silly.

Here’s an update on Donnell as he takes Boston by storm.

As many of you know, Donnell is an outstanding young violinist and singer from Grenada who auditioned for Berklee School of Music in Boston and was accepted. Unfortunately, they do not offer scholarships to freshmen students and Donnell’s family didn’t have the money for his tuition and other expenses.

With a nudge from Inga in Land-Not-Yacht Homeward Bound in Grenada, a cruiser turned landowner, the cruising community in Grenada during the 2012 hurricane season held and attended various fundraisers for Donnell. We did all we could, but he didn’t have the money for college so he deferred for a year. During that time, the country of Grenada arranged for a private foundation to pay for his first year tuition, and his sister and her husband said they could chip in for board. We wrote blogs and spread the word and many, many of you re-posted, copied and pasted, and helped with outstanding ideas.

Former and future cruisers, John and Dora on S/V Windrifter, are currently living aboard their Westsail 42 at Constitution Marina in Boston, while they are working for an unspecified number of  years to build up their cruising kitty. (And, if their co-workers or employers read this – just note that they are young, love their jobs, and don’t plan to get back out to sea for years.)

John and Dora are also dear friends of ours, and in fact purchased their vessel with the help of EW in his Yacht Broker days.They also lived aboard next to us in Maine through a few interesting winters and a couple of really bad storms for which they never blamed us. We left Maine in October of 2010, and they followed their own path behind us, finally catching up with us in St. Lucia. We had lovely times together during our first season in Grenada and we miss them. 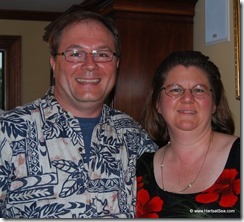 So, after my last pleading Facebook message about Donnell, John called to find out more about him. John is one of those brilliant technical people who appreciate fine music and who used to study the violin. John and Dora are without a doubt two of the nicest, most even-tempered people one could ever meet. They live on a boat with only one stateroom, still they invited Donnell to move in with them for “a month or two” until he could find appropriate space on shore.

They met him at the airport. They taught him how to live on a boat. Since the weather has turned chilly – 50 degrees in Boston this week – Dora has discussed long underwear and fingerless gloves with Donnell, who arrived in Boston for Freshman Orientation on August 30.  A week later, Dora called me with an update.

“He’s delightful! Last night we came home to a hot dinner on the table. He made us mac pie!” Mac pie is the Grenada version of macaroni and cheese. Dora loves it. Heck, I love it. Donnell has offered to cook more and Dora will be shopping on her day off for foods he likes to prepare. 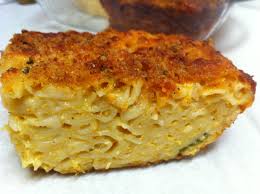 He has landed a work study job, and he has found a home with a houseful of young male Berklee students, at a rent he can afford. Money will be tight and help will be appreciated. Dora and John kicked in $50.00 for his first month’s cell phone bill, and a huge chunk of his savings went to vaccinations and the mandatory laptop with the installed Berklee programs. Still, he’s doing great.

Dora heard him on a SKYPE call to friends in Trinidad.

“No, Trinidad does not get that cold.”

“No. You are too close to the equator, you have never experienced this.”

They haven’t yet heard him play the violin, but are enjoying the new-to-them music that he prefers. He recently sang in a jam session and came home elated, telling John and Dora, and his family and friends on SKYPE that he “Shredded it!” Dora said, “I’m not sure what that means, but I think it’s a good thing.”

Evidently, once you are accepted at Berklee, you still have to audition for certain courses. The professors were so astounded to hear Donnell’s unique style of jazz and pop in addition to classical music that they sent  an email to Ms. Beth Wolfe, Donnell’s music teacher, mentor, and champion in Grenada saying how impressed they were with Donnell’s “broad skills”. 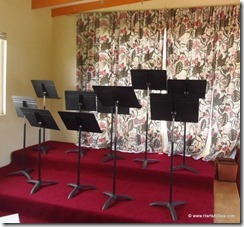 In addition, he’s already making the contacts and getting the information he needs to apply for a Berklee scholarship for next year. Donnell is bright, engaging, and talented. Many back in Grenada have asked him why he wants to pursue music, telling him he could have easily gotten a scholarship for medical school in Grenada or to earn an engineering degree in Trinidad. He decided to take the harder (and colder path) and to follow his dream in Boston.

He’s an outstanding person and a very talented musician, and he is intent on following his dream. This is why John and Dora and we have joined with the many Grenada cruisers who have helped Donnell.

If you want to help Donnell, he could always use 50.00 to cover his phone bill, or some extra cash for fingerless gloves. I asked Dora about the gloves, and she replied, “You don’t expect this generation to stop texting when it’s cold out do you?”

This photo is from a very recent Facebook Post by Donnell. The caption:  “Yeah. I live on a boat.”

A few photos from a fundraiser Grenada cruisers held for Donnell in 2012. Two of his brothers helped to put together a band for that night on short notice. Inga, below left, Lilly –in blue -- from s/v Tiger Lilly and Kathy from S/V Oceana – in red shirt at right are three cruisers who made that evening happen. 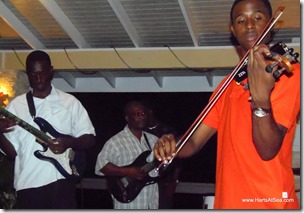 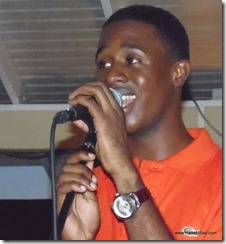 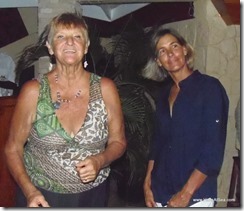 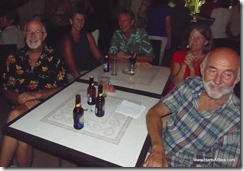