Home Archives Profile Subscribe
A Month of Music Jams at Whisper Cove Marina
EW and I Play Cricket (And I Scored!)

Facebook for Cruisers -- and Anyone Else Who Cares About Their Friends 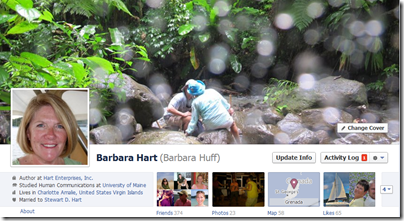 1. Immediacy is not as important, now. In fact, I may not be on-line for days at a time, or on for only short amounts of time. It’s difficult to catch up to prior Tweets because there are so many in my timeline – even when I use lists. My Facebook friends are smaller groups, made up of family, close friends and their kids, sailing friends, and cruising friends from the various harbors. It’s quite easy to check in once a week or even twice a month and still know (mostly) what’s going on. Back in Maine,  I tweeted a few times each day when I took a break from reviewing resumes; and I tweeted via my Blackberry whenever I found myself with time on my hands – waiting for an appointment, sailing at night, eating alone. It was fun to ask and answer questions, respond to comments and news, and have an immediate “conversation” with friends in Maine, California, Texas, Norway, England, Australia, and Greece.

That brings me to 2. While I have ‘friended’ folks I don’t know, they are people who cruise or sail or have read my book, or they’re friends of friends and family. I’m not using Facebook to reach out to the world, but to reach out to those we’ve left behind, and to those we’ve met along the way. Facebook helps me stay in touch with the most important people in my life. Thanks to groups, particularly cruisers’ groups, Facebook helps me to connect to folks in the major harbors we visit. Here in Grenada, we can find important numbers, cruisers’ blogs, activities, and local restaurant menus via the Grenada Cruisers’ Group on Facebook. 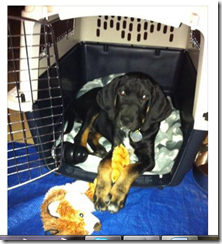 And that brings me to 3. I have friended and been friended by my young adult nieces and nephews and my young adult grand-nieces and grand-nephews. Since they live from Japan to Florida, from Maine to Baltimore, and from Buffalo to Hawaii – I’m actually more in touch with the younger members of my extended and chosen family than I was when we were in the states. Twitter didn’t do that. Facebook is perfect for that. I’ve been able to watch Hadley grow from the infant I diapered before we left, to a sweet three-year old who takes dance lessons. Emily has graduated from college and I saw photos of her special day. I keep in touch with Hannah and the fun she’s having in Japan; with Haley and the work she’s doing this summer in Jacksonville; and with Marc and Jenn as they await the birth of their Baby Girl. This is precious to me.

The inspiration for writing this post was a blog post I read a couple of weeks ago on MSNBC titled 11 Things to Never Ever Say on Facebook by Sam Biddle of Gizmodo.  Never ever? I read it and I thought about it, and kept thinking about and decided that he was just wrong in a number of ways. While, I agree that we don’t need to know how much you drank last night, and it’s just stupid to broadcast your phone number, Facebook wouldn’t be Facebook without some of the announcements that Sam claims don’t belong.  I want to know if my friends and family got engaged and I love being reminded of anniversaries. That’s what I thought Facebook was for – a way for friends and family to communicate. Hello? Facebook works for me because my nieces and nephews and sister and dear friends and sailing buddies and cousins and their kids post notes about anniversaries, engagements, birthdays, college admissions, births, and even deaths. I want to know these things. We don’t all have each other’s email and it’s much more fun to read my “Family” timeline and see a photo of our nephew in his navy uniform and see the comments from his dad, his brothers, and others. That’s what makes Facebook .. Facebook. 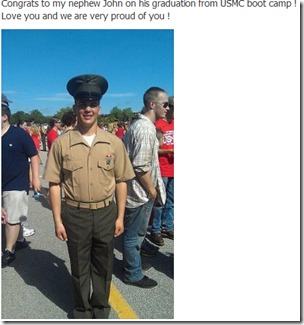 NOTE: The photo at left is of my niece-in-law’s nephew. It’s her post. She’s proud of him and I’m happy to know that. In fact since she and my nephew live in Hawaii, we've never met. But we've become friends thru Facebook because we share life's moments.

I’m not sure what Sam thinks Facebook is for but he lumps engagement announcements, the birthday thank-you, and college acceptances in with asking for money and giving out your new phone number, saying “When it doubt, use the golden rule. Stay away from things nobody but you cares to know about or celebrate. Then, Facebook will continue to be a firehose (sic) of semi-interesting life gristle, instead of a dump truck full of tripe.”

So – friends, family and cruisers – Sam’s right – I don’t care to know how drunk you got on Friday, and don’t ever ask me for money on Facebook. But he’s wrong in a really important way. I do want to celebrate your joys and I do want to know if something’s wrong. Share your news on Facebook. Share photos of your belly bumps, babies, and pets. Let me know if you’re nervous about an exam, or job interview, or flying across the country. I’ll think good thoughts for you. Keep posting your life on Facebook and let me stay in touch with the people I care about and who interest me.

If I didn’t want to know these things – I wouldn’t have friended you.

Don’t friend me Sam Biddle - -you don’t want to know what I’m saying. Trust me on that.

NOW Harts at Sea - Sailing to Windward is available in paperback for $12.99. Click here for the paperback version.

I just read (skimmed) the 11 things article, and I've done several of those things, including announcing the death of my father, on Facebook. You are right. That is what Facebook is for.

If I have to put up with a hangover post now and again, it's totally worth it. [Frankly, I think that's a younger gen thing mostly. If any of my friends are talking about hangovers, it would be suitably amusing.]

Facebook made dealing with my father's illness much easier. It also makes my birthday's so special. And if I've exercised, it's an event, I tell ya.

Hi Lanna. Thanks for the note. I also answered you in Facebook. :) I'm glad you shared about your family -- including your dad's illness and passing. What kind of Facebook "Friend" wouldn't want to know? All the best for a good summer in Maine.

I agree. Facebook is all about connection. I have friends and family - and friends who have become family - all around the world. Facebook is the means to keep up with them, to celebrate with them, to commiserate and even mourn with them. And just engage in every day support and silliness. Anyone who doesn't want to read what you write can just move on - or stop seeing you in newsfeed, or getting notifications or even unfriend the person - all are possible. I do have connections to those who aren't friends because i enter blog sweepstakes - and you get extra entries for liking or friending on facebook, twitter and getting blog feeds. If you don't know about these - bloggers review products from popular toys like little tykes, electronics, food etc and get the product free and the winner gets the same. I love sweeping (entering sweepstakes) I like winning things that are luxuries that I wouldn't necesssarily buy for myself like game consoles, expensive toys for my six year old...spa cards...what I'd really like to be doing is partnering with the companies to do the reviews - its the latest form of advertising..but not really tech savvy. Anyway...I've digressed lol. BTW have really enjoyed reading through your blog tonight. Looking forward to reading your book...just ordered it tonight.

Thank you, Amy! Glad you are enjoying this.