Home Archives Profile Subscribe
Family Time for the Harts at Sea at St. Thomas USVI – Part One
Up the Mast Again, Just Can’t Wait to Get Up the Mast Again (With Apologies to Willy Nelson)

Family Time for the Harts at Sea at St. Thomas, Part Two

During Dale’s visit to St. Thomas, EW, Dale and I took the ferry to St. John for shopping and snorkeling. The  shopping pace is very different there, the beach and snorkeling were as advertised, and the people are delightful. 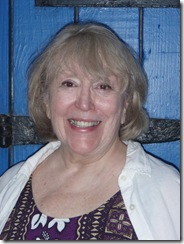 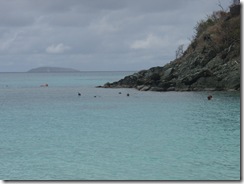 Trunk Bay has a snorkeling “trail” with underwater signs describing some of the fish and coral.

The islands have had a drought this winter, broken during our visit. Dale’s plane was over an hour late landing due to a heavy rainstorm. We had another, shorter storm while on St. John. We’d just left the beach for the showers when it hit. Here’s EW waiting out the rain while Dale and I rinse off the gear. 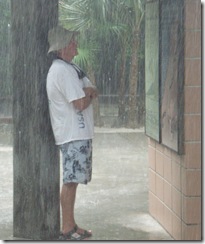 We’d had excellent bagels at an outdoor cafe when we arrived, and returned to the same cafe in the afternoon for their advertised special drink: root beer and rum. Delicious! Both times we enjoyed watching a mother hen and her two chicks clean up crumbs under the nearby tables. You know you’re not in Maine anymore when …. 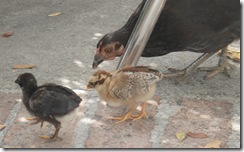 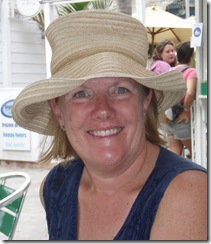 We did some shopping in St. John, Yacht Haven, and Haven Center. Three areas that do not have shills. Dale found a sun hat and we both picked up a couple of sun dresses. After all, we’re in the islands! 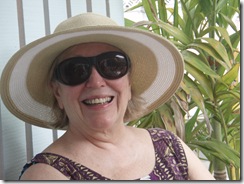 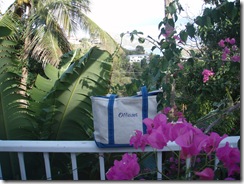