Looking towards the marina in the early morning light. 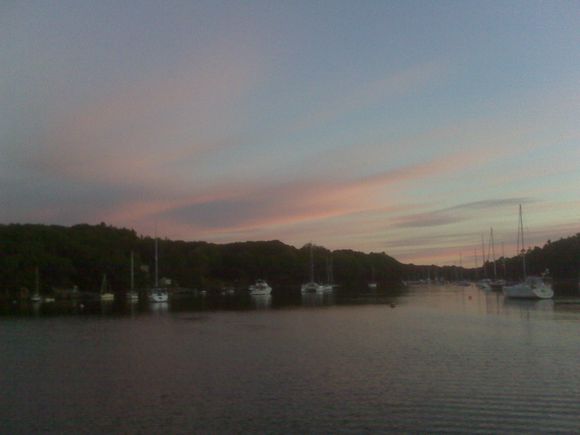 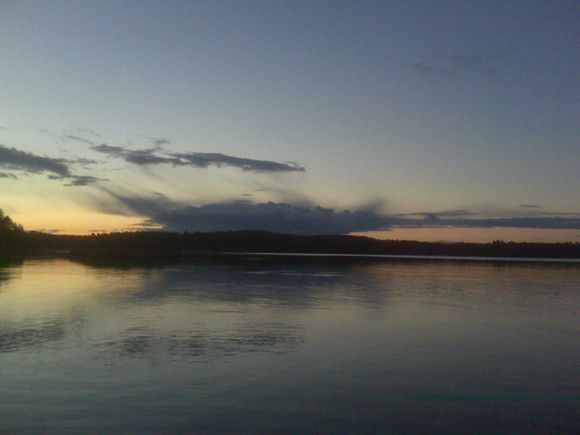 It's a beautiful day in the neighborhood! 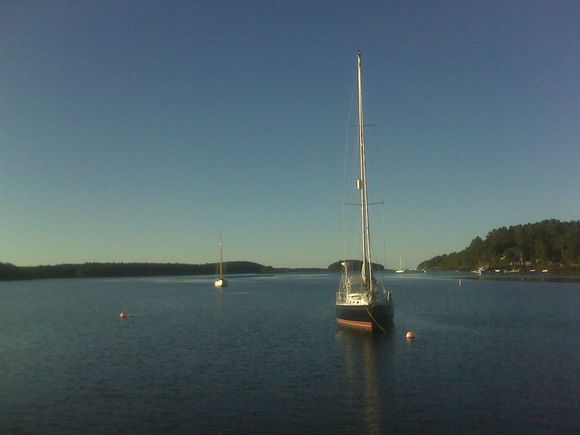 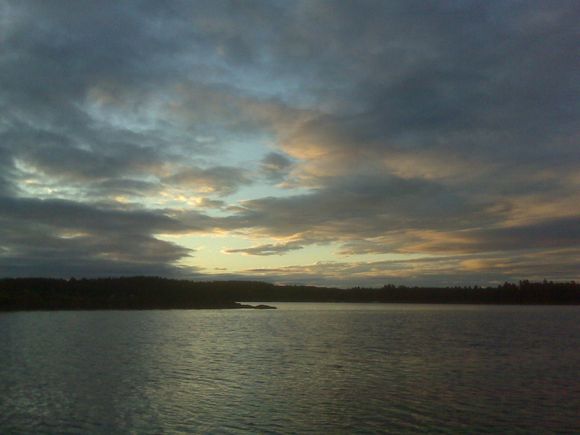 What We Have Learned Living on the "Hook"

Hubris is a wonderful thing. Definition: Excessive Pride or Self Confidence. Yep. I've got that. I have been pretty proud of how I've cheerfully and delightedly adapted to living aboard these past eight years.

Getting rid of stuff? No problemo. It is freeing to let go of things.

Living in a confined space? Well, we just don't need as much space as we think we do. It's easy!

Power issues? Heck, when all of you land-lubbahs lose power in a storm, we rely on our batteries and engine and keep on going. No issue!

You get the idea. If you're a regular reader of this blog you have certainly read posts that reflect a very self-satisfied attitude.

You may also have read the more recent post about cleaning out the storage locker. Yeah. Getting rid of the last of the stuff involved tears, angst, and begging -- begging my favorite sister and two dear friends to take stuff for the duration. That brought me down a peg.

As for the confined space, it's a bit different when you can't just walk up the dock and hop in a car or take a walk to town. Since April we've mostly been on a mooring in Harpswell. And I have enjoyed it more than I expected. But ...

We've also discovered some things about the boat, one of which is critical -- charging the batteries.

Evidently, a regular old alternator, such as the one on La Luna's motor isn't adequate for charging the batteries on a full time basis. We would need to purchase and have installed a big honkin' alternator that costs over $3000.00. Or, we could purchase a generator - but would have to actually pull the engine in order to install it. And it would still be noisy.

This never came up on our much shorter (2- 9 days) trips away from the dock.

Solar panels or wind generator?  First, for you non-sailor types, we actually count the Amp Hours used in a normal day at sea and a normal day at anchor to determine how much power we use and how to replace that power. Power "hogs" include the refrigeration and auto-pilot. Additional power is used by the computer, instruments, radio, lights, Cuisinart (Hey! I live here!), sewing machine .. you get the idea.

We do not have a microwave, nor do we have an electric toaster or toaster oven. Most of our lighting is now LED, which uses a LOT less power. We even installed a tri-color LED anchor light this year. That's a big deal.

We've done some research: we talked with boat folks, we searched the internet and we read. Nigel Calder and Don Casey don't know we exist but we consider them friends. They've have provided a lot of information for us.

So, back to the question, solar panels or wind generator?

So we're looking at wind generators. We have both found excellent articles on line and may have settled on a model that will work in heavy winds but that starts generating power in low winds (fewer than 10 knots). That's important because sailors anchor in protected harbors, where the winds may be lighter. (I didn't think of that until I did research on the Internet.) EW came up with this article and we are now looking at the new Air Breeze wind generator.

Ultimately, we'll also add those two solar panels on top of the dodger. But not this year.

Stay tuned in to follow the purchase and installation (that's always fun). We'll let you know how it goes.

And to my loyal readers who want us to get a Panda Generator. We don't wanna. 'Nuff said. Really. You can't make me, you can't make me. Love you anyway.

View from the deck: looking East around 8AM 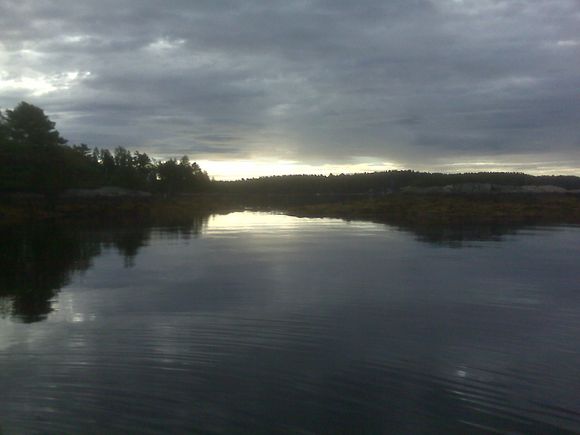 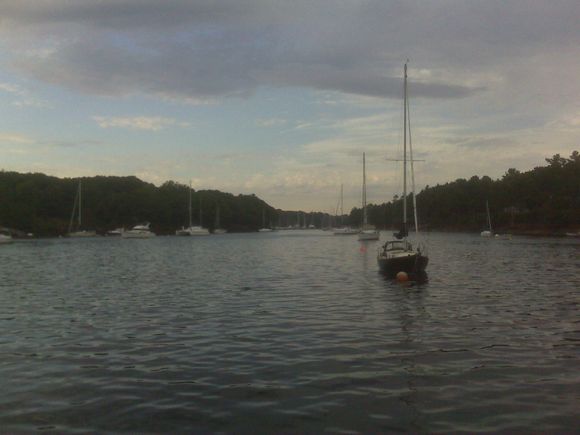 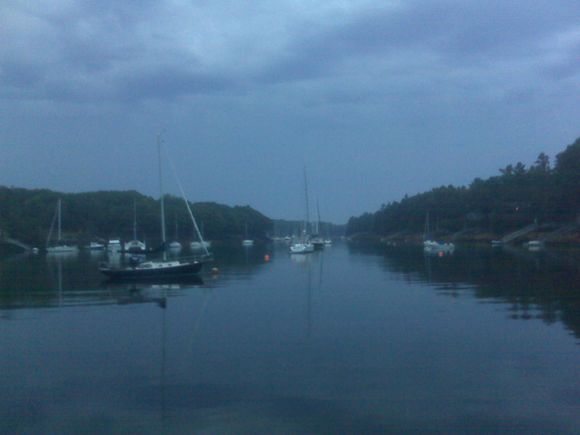 Weddings, Marriage, and the Path We Take

This weekend we attended a beautiful wedding. The couple is young, but mature and ready to walk their life path together. The wedding was wonderful -- beautiful, yet with unexpected moments of humor: The ring bearer carried the rings tied onto a large plush elephant. The young male attendants wore suits and ties -- and whited-tipped black Converse sneakers. The bride and her dad arrived via a lobster boat and she whooped and waved all the way in to the dock. The bride and groom and all of us smiled and laughed throughout the ceremony.

My favorite moment was a private one: After the dinner and before the dancing, I stood in line at the ladies' room in the lobby of the Newagen Seaside Inn. Bride and Groom walked into the lobby hand in hand to practice their "first dance", as they had some concern that her gown would impede them. While they wowed us on the dance floor to tears laughter and applause, that first dance in the lobby will be the one I remember. They'll do fine.

Both are adventurous and met in Europe as both were working there - she in Italy and he in Switzerland. That love of travel and adventure is one of the things that bind them together. Both sets of parents gave them each strong roots; and both bride and groom have earned their wings.

Do you think about your marriage when you go to a wedding? I'm still in my rather melancholy state of imminent departure, good-byes, huge lists of things to do as EW and I walk down this unconventional path of sailing away. This morning, on MBBN Radio, I listened as Garrison Keillor read My Parents' Dance Lesson by Alison Townsend.  My favorite line:

The truth is, no one really knows
about the moment when their glance
catches and snags across the room,
a fishline pulling taut as they
place their feet on Murray's
famous "magic footsteps," and start
the slow luxury of reeling one another in.

When EW and I met -- it was not romantic. Funny, but not romantic. While I did not feel an instant tug that evening, within three weeks I was sure that "he was the one". But I was not adventurous in my youth and never, ever, ever imagined this path we are now walking.

The truth is, when we begin a marriage none of us know where our path will lead. We do know that we'll experience laughter, tears, disappointments, wonder, sorrows and great happiness. During these last few weeks I've experienced every one of those weekly if not daily!

EW and I have a good life and I like our path.  I wouldn't trade it for anything.

I hope that the Bride and Groom feel the same way in 25 years.

Posted at 10:19 AM in Living Aboard, Relationships at Sea | Permalink | Comments (2)

Where items cleared from the decks have found a (temporary) home. 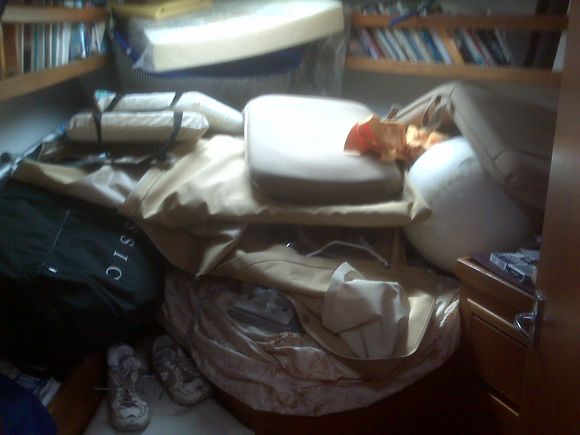