View from the deck on a beautiful Monday.

Twenty-five years ago this past February, EW and I wandered into the Old Port, had a beer, and played a game of darts. I lost. "You don't really love me," I pouted. "I love you enough to marry you," he said.

I was stunned. Happy, but stunned. Then he said, "But there's something you need to understand before you accept. Some day I want to have a sailboat and sail around the world."

This shouldn't have surprised me. Even though he didn't have a sailboat at the time, I knew that was a dream of his and that he'd actually started building a sailboat when he lived in western New York. I was not a sailor, and really couldn't imagine what he was proposing to do. (Well, I could totally imagine the proposal part -- and had for months. But the proposing to sail around the world part was another story.)

This less-than-romantic proposal became a discussion about what we wanted individually and together. Certainly we wanted to help raise his son, "Favorite", who was then 9 and living with his mom in New York. We wanted to buy a home together. I had never owed a home and was looking forward to that experience. We both wanted to travel. EW wanted to travel on his own boat, under sail.

I have a lot of respect that EW laid his hopes and dreams on the line when he proposed to me. I never doubted his love and knew we could work together, laugh together and love together for the rest of our lives. I just wasn't sure about this sailing around the world thing.

I also stated -- "I think I can sail around the world with you, but I don't want to be one of those people who sell their homes and all their stuff and just have what's on the boat."  Now I didn't know any of those people and I didn't yet own a home. But I wanted to. I wanted to host Thanksgiving and Christmas. I wanted to decorate a house, I wanted a garden. And I was sure that once I got all that, I would never want to give it up.

We cheerfully gave up the house 8 years ago in May. It was my idea because EW took my desires seriously and would never have asked me to give up our home. This home. 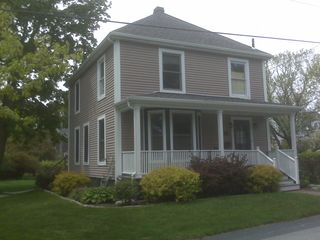 I made every curtain in that home. I designed the kitchen. EW designed and created the molding. We took every room down to the studs and renovated her. That was our home for over 15 years.

Now, when we welcome friends to the boat and they ask, "So this is your home?" 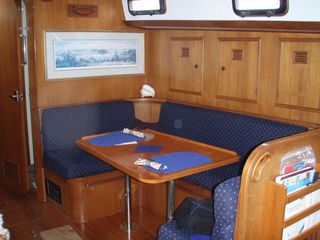 EW says yes and, "Home is where the Hart is."

That's true. This is now all the home I need. That night in the Old Port, I accepted both of his proposals - to marry and to sail around the world. No regrets. We were married July 6, 1985.

Happy Twenty-fifth Anniversary, my Love.  You are giving me the world. 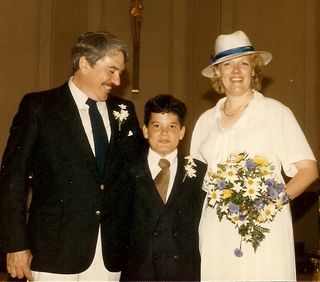 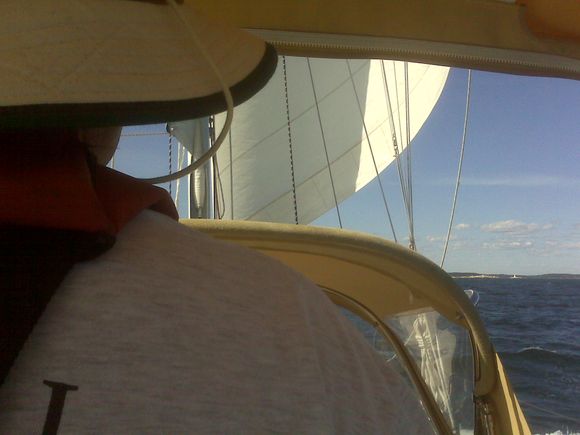